Summer of 1993 marks the first time there was a conscious movement in Iran in relation to children’s rights. Triggered by the Articles generated by the United Nations Conventions for the Rights of the Child (CRC), a diverse group of people including parents, teachers, reporters and lawyers gathered in collaboration with Unicef to discuss ways to initiate child advocacy. Over time, this group emerged as a non-governmental organization interested in ensuring that the Islamic Republic of Iran fulfills its duties as a signatory to United Nation’s 54 articles of conventions on protecting the rights of the child. In following these conventions, the government is obliged to recognize the rights of the child from birth to the age of eighteen in the context of his/her family and within the society. The child’s rudimentary rights are to be enacted by providing him or her with access to education, nourishment, healthcare and shelter. Additionally, the child is to be protected from any form of harm, physical, mental and sexual abuse and also implement equal rights between boys and girls. See the full text of the Convention on the Rights of the Child here on this website.

Gender inequality has always been ubiquitous in Iran but under the Islamic Republic of Iran it took a catastrophic turn. Additionally, the span of childhood was substantially shortened. A 9-year old girl and a 15-year old boy were now considered mature adults and subject to the same justice system as adults. Marriage of 9 year old girls was endorsed by the government and became common practice. A 15 year old boy could be placed behind bars for murder charges and re-tried at 18 and swiftly executed if the judge, juror and prosecutor who is always the same person under Sharia law deemed the child guilty. 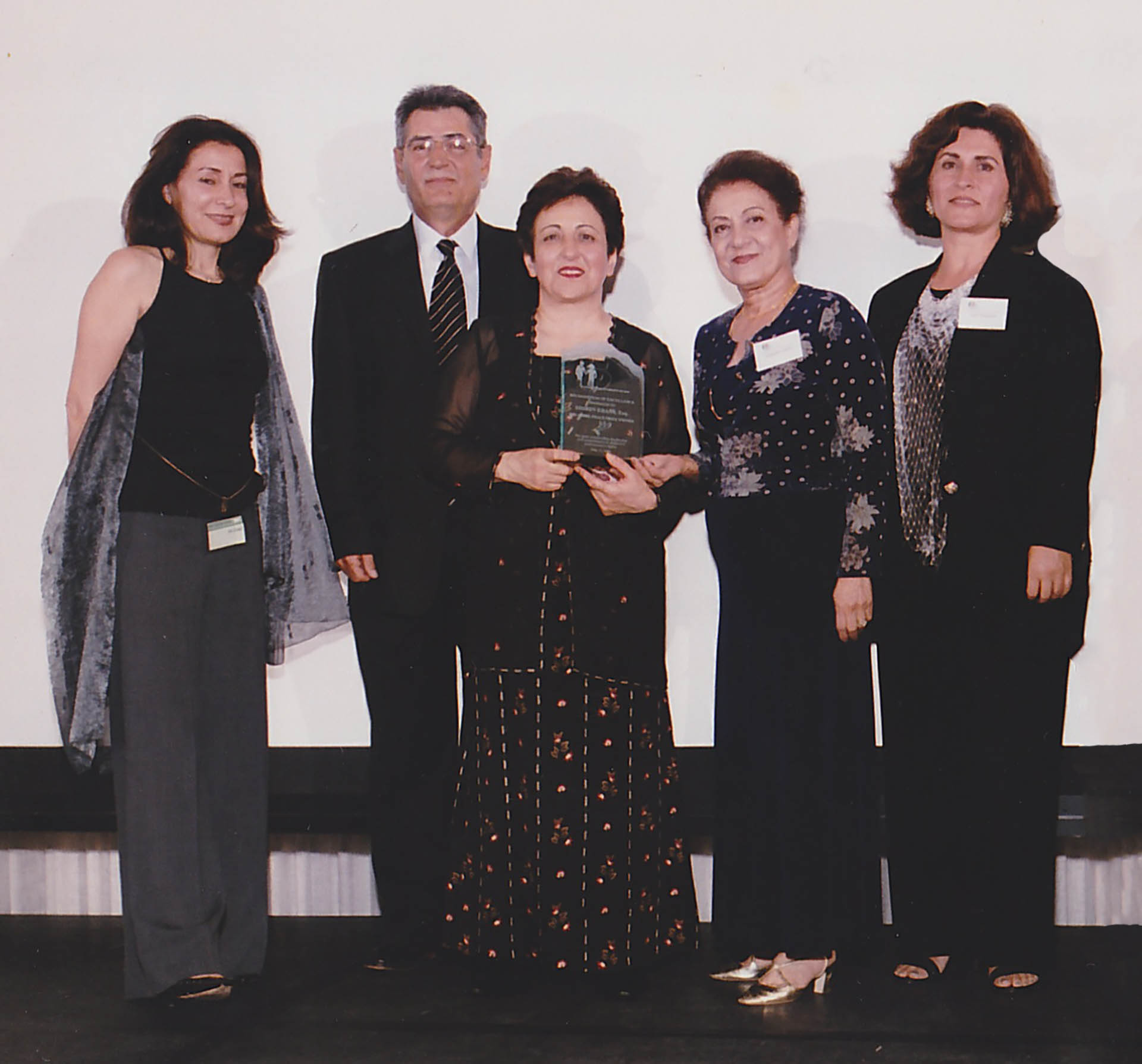 These cruel and unjust practices led to the creation of Society for Protecting the Rights of the Child (SPRC-in Iran) in 1994 and Iranian Children’s Rights (ICRS in State of California) in 2000. The original Board of Directors for SPRC consisted of the following: the Noble Peace Winner Ms. Shirin Ebadi, Dr. Fatemeh Ghassemzadeh, Ms. Mahdokht Sanati, Mr. Nasser Yousofi and Mr. Morad Saghafi. Their mission was to stop the implementation of cruel and inhumane treatment of children and all laws that were contrary to the Conventions to Protect the Rights of the Child. After much perseverance and with support of Dr. Sharad Sapra of Unicef, SPRC obtained a work permit from the Iranian government and registered the organization with the Internal Ministry in 1995. By taking these critical steps, SPRC was formally recognized and able to send representatives to the United Nations and thereby gain international presence.

From the start, SPRC’s main objectives were two-fold:

• Change laws that were against children’s rights

Their first step was to educate their own members so they could act as emissaries. Dr. David Chadwick, the former Head of San Diego Children’s Hospital played an instrumental role in forwarding books and periodicals to serve this purpose. They formed classes and workshops to educate teachers and librarians so that the rights of the child could be integrated into elementary school textbooks and become part of the academic agenda. Simultaneously, SPRC began to challenge the laws which were systematically harming the Iranian children. Arian Golshani’s murder left an indelible mark on the Iranian psyche. After her parents’ divorce, as it had become customary, the court automatically granted custody to her father. It was In the hands of her step-mother that she suffered extensive psychological and physical abuse which led to her untimely death. This tragedy galvanized the members of the SPRC to file a motion to stop the automatic adjudication of custody to the father. This was SPRC’s first monumental success in changing the laws to better serve Iranian children. Next was abolishing the law that 9 year old girls could legally get married.

By 1995, SPRC had over five hundred members in Tehran alone and received much attention and support from the public. SPRC expanded to the US after one of its founders, Ms. Mahdokht Sanati traveled to Southern California. By organizing meetings and setting up events to raise awareness surrounding the issues of children’s rights in Iran, Ms. Sanati managed to raise funds and return to Iran with both moral and financial support from Los Angeles Women’s Group interested in supporting children’s rights in Iran.

SPRC began to thrive because of its dedicated volunteers. 98% of the funds raised through donations and fundraisers held in locations such as Irvine, Laguna Niguel, La Jolla, San Diego and Los Angeles were spent directly in relation to addressing children’s issues in Iran. SPRC offered weekly lectures open to public in order to discuss problems as related to children’s rights and explore ways to overcome the obstacles.

In 2000, Mr. Amir Rohani, a children’s rights advocate played a critical role by registering ICRS in Los Angeles as a non-profit organization. The group became active under the name of Iranian Children’s Rights Society (ICRS) to differentiate from the Society to Protect the Rights of the Child (SPRC).

ICRS played a key role in fundraising and supporting SPRC and their programs. Here’s a brief history of the two groups joint efforts:

Creation of Shoush House in Darvazeh Ghar in cooperation with Tehran Municipality
Providing literacy classes
Vocational training
2000 – Launch of a children’s hot-line, Sedaye Yara under the leadership and support of of Dr. Moala

Educating hot-line volunteers on how to handle questions
Providing counseling for over 3,300 callers including mothers with child development questions
2001 – Launch of Nasser Khosro House

Erected tents and provided first aid to the earthquake survivors.
The ICRS member, Ms. Jila Kashef from United States travelled to Bam to volunteer on site and launched designated tents to offer the children a safe haven through art therapy and other therapeutic services.
Under Ms. Jila Kashef’s leadership a fundraising event was organized in Los Angeles to help the Bam survivors under extreme hardship.
After the placement of sanctions against Iran, ICRS’s ability to support the programs in Iran came to a complete halt. However since the group remained committed to aiding children as much as possible, the ICRS Board of Directors approved the following actions:

The current board of directors is focused on promoting children’s rights in legal, cultural and social spheres through closely collaborating with selected organizations and individuals in addition to generating and or disseminating content through social media.